What is the basic principle of Sikhism??

What is the basic principle of Sikhism?? 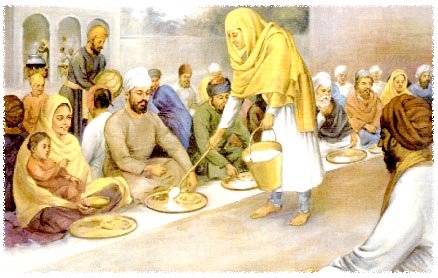 Amritsar is famous as the capital of the Sikhs and Guru Arjan Dev Ji, the fifth Sikh Guru in Amritsar, founded Sikhism. While the foundation of Sikhism was laid by Guru Nanak. He has also compiled 'Adi Granth', the first authorized holy book of Sikhs. Guru Nanak Dev always preached messages of universal brotherhood and peace in his teachings, which were also followed by all other gurus.

However, the increasing popularity of religion was seen as a threat and in the year 1606 Guru Arjan was killed due to his religious faith. It was here that militarization started in the Sikh community because this religion believes that God helps those who protect themselves.

Thus, the sixth Guru of the Sikhs, Guru Hargobind, militarized this community so that the Sikh community could defend itself and oppose it. After this, the Sikhs protected their religion and religious followers in many historical battles.

After the death of Guru Arjan, the Sikhs had befriended the political rulers to reinvigorate themselves. The ninth Guru of the Sikhs, Guru Tegh Bahadur, was arrested and then killed in the year 1675 on the orders of Aurangzeb.

Guru Gobind Singh, called the tenth Sikh Guru, again organized a military group of men and women of the Sikhs and addressed them under the name "Khalsa" to protect Sikhism.

Guru Gobind Singh also established the Sanskritic rituals (Khande di Pahul / Amrit Sanchar), which was called a nomenclature of this religion. Each Sikh carries 5 objects in it, which gives the Sikhs a unique identity.

The five items of Sikhs include kesh, kangha, kara, kacchera, and kirpan.

Kesh (Longhair): In Sikhism, no haircut means going beyond the worries of the body, accepting the gifts of God, and attaining spiritual maturity. The Sikh turban is a symbol of sovereignty, dedication, self-respect, courage, and devotion.

Kangha (comb): The comb is a symbol of the cleanliness of the mind and body.

Kara (iron bracelet):  It is a symbol of restraint and courtesy. It is believed that this is a reminder from which the Sikhs are always in the care of the Guru and by wearing it, they follow the path of righteousness.

Kacchera (Underwear / Drawer): It is a symbol of purity in Sikhism.

Kirpan (Siri Sahib): Saber is a symbol of spirituality, the protection of truth and the weak, the struggle against injustice, and 'a metaphor of God'.

Practical use of these five items of Sikhism