The Colorful World Of Puppets

The Colorful World Of Puppets 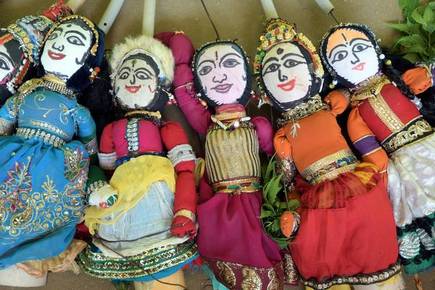 The puppet drama is a very ancient dramatic drama, widely practiced throughout the civilized world - from the west coast of the Pacific Ocean to the east coast. This show is played with dolls. Many episodes of life are expressed in various ways by male and female forms of dolls, and life is dramatically presented on stage. The puppets are either of wood or Paris-plaster or paper pulp. The parts of the puppet body are twisted in such a way that they can rotate separately while pulling the cord.

The history of puppetry is very old. In the fourth century BCE, in the Ashtadhyayi of Panini, 'Natasutra' mentions 'effigy drama'. Some refer to the legend about the birth of a puppet, that Shiva started this art by entering a wooden statue and captivating the mind of Parvati. It extended from India to countries of East Asia, Indonesia, Thailand, Myanmar, Sri Lanka, etc. during the Satyavardhana period. Puppets in the market

Puppets are already being used for communication. In our country, this art is about two thousand years old. Puppets were the only means of presenting earlier plays. Today, we have a lot of radio with modern technology, TV, theater with modern technical facilities, everything stage. But earlier folk traditions or puppets either had a dramatic style.

The reflection of Indian culture is reflected in the folk arts. Puppet art is included in folk arts. It is a strong medium of dissemination along with the cultural heritage of the country, but due to the introduction of new means of entertainment due to modern civilization, this centuries-old art is now on the verge of extinction.

In every type of puppet dance, the music of the area where the dance takes place is played from the side. The puppet sings songs and speaks dialogue. Of course, puppets not only have to show skill but also become good singers and dialogue actors.

The tradition of making puppets in India has been very old. Threads, gloves, and shadow puppets are very famous and traditional puppet dancers entertain people from place to place. This is also known for historical love affairs and folklore. The traditional puppets reveal the paintings, architecture, costumes, and decorative arts.

The most special thing about puppetry is that it combines many arts. Many arts such as writing art, theatrical art, painting, sculpture, woodwork, textile making art, decoration, music, dance are used. That is why even after being lifeless, these puppets are present on the stage with their complete decoration, the audience is completely tied to them.