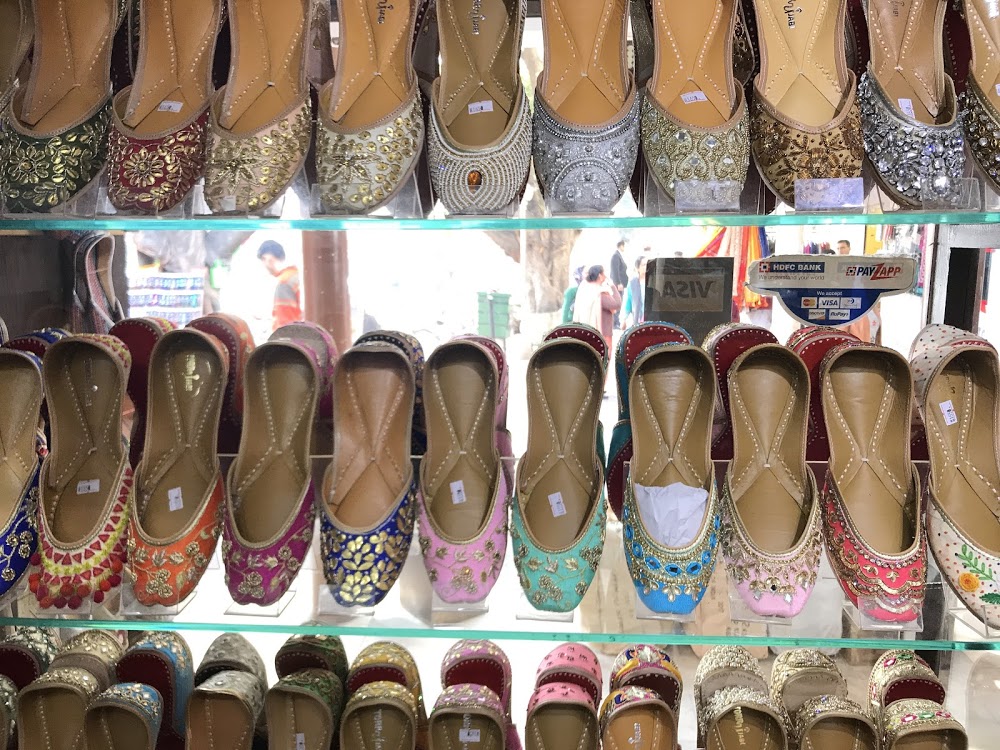 In Urdu, a shoe with a closed upper attached to the sole is called “Jutti”. Punjabi Jutti, also known as Jooti, Khussa and Mojari is a handcrafted footwear made of leather which is beaded and embroidered with silk threads and sequins. It can be worn from day to day life, weddings, religious occasions to parties and festivals.

History of Punjabi Jutti : Since the 16th century, Punjabi Jutti has played a great role in the royalty of rich people, particularly the Kings and the Queens of Mughals, Rajasthan & Punjab. These were the elaborated versions which were heavily embroidered with gold or silver threads and beaded with pearls and gemstones and were worn with royal outfits.

Evolution of Punjabi Jutti : Over time, the pearls, gold and silver threads were replaced with beads, ghungroos, silk threads and other artificial decorative material to make its approach for the common man. The Modern day Jutti adds both comfort and style to it. This single type of shoes can blend seamlessly with a variety of outfits such as tees and jeans, dhoti pants, palazzos, and even with a wedding outfit. It is meant to attract attention in any kind of crowd.

Punjabi Jutti, as a part of Punjabi folk culture

Punjabi Jutti plays a vital role in the punjabi folk culture. It is the pride and identity of Punjabis as it represents a part of appearance of the Gabroos (Punjabi young men) and Mutiyaars (Punjabi young girls), where the Khussa has a popularity among gabroos as it has an upturned curl representing the Kundi Mooch (curled moustache) of a punjabi gabroo. While Kasoori jutti having delicate embroidery which was directly imported from kasur in the past times (now made in punjab too) has gained a popularity among mutiyaars, as it is said that only a true punjabi mutiyaar can walk with style in punjabi jutti.

Types of Punjabi Jutti : Even among the basic juttis, punjabi jutti comes with many variations giving a different style to it. Some of them are :

Along with these basic styles that are being adored from so many years, some modern versions of juttis also came into the picture which adds a modern or western style touch to the traditional or ethnical style and theses are Ghungroo style jutti, Mirror work jutti, printed jutti, pom pom style jutti, denim style jutti, contemporary style jutti and many more.