Baisakhi the Harvest Festival of Punjab

Baisakhi the Harvest Festival of Punjab 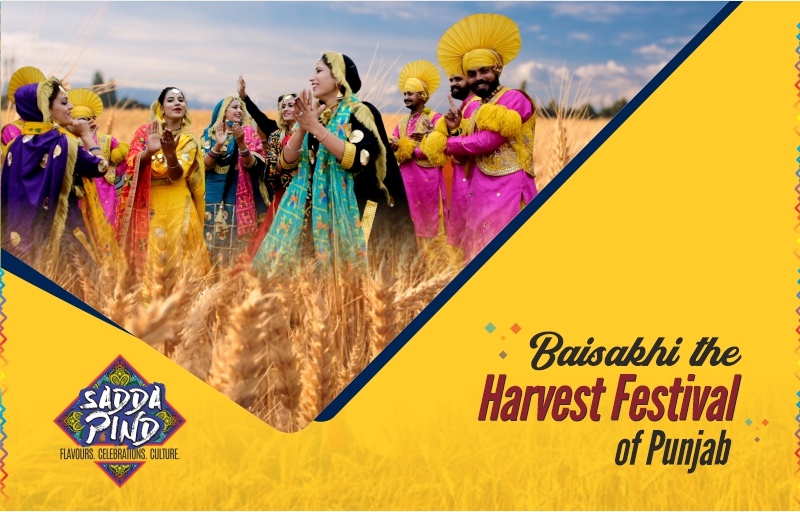 Baisakhi is one of the most beautiful and colourful events in the Sikh Calendar which occurs during mid of April month. It is traditionally celebrated in different parts of the country especially in Punjab as a harvest festival. Baisakhi is a joyous occasion and celebrated with full enthusiasm. Also, Baisakhi the harvest festival of Punjab is marked as a very significant religious event in the history of Sikh Khalsa Panth.

Due to the association of Indian festivals with the sun and the moon, the month of Baisakh is named after the constellation Visakha. Baisakhi is the first day of the solar year. On this day the Sun enters the first sign 'Mekh'. This is why this day is also called Mekh Sankranti (Sangrand).

In 1657, Aurangzeb seized the Gaddi(Throne) and installed himself as the Emperor of India. After consolidating his power he set the policy of religious persecution in motion the process of the Islamization of India. Kashmiri Brahmins were his primary target as it was he believe that if highly respected Kashmiri Pandits accepted Islam then the Hindus of all other castes will follow suit. Because of more torture, rape and thought of death they were led by Pandit Kirpa Ram sought the intervention of Guru Tegh Bahadur, the ninth Guru of the Sikh Religion. Guru Tegh Bahadur with the others headed toward Delhi and before reaching Delhi the guru and his loyal attendants were arrested by the Mughals Ruler Aurangzeb and put in chains.

There is a law of nature that when oppression, injustice, tyranny culminates, there is a reason to solve it and remedy it. Under this rule, when Guru Tegh Bahadur was martyred at Chandni Chowk in Delhi by the Mughal ruler Aurangzeb for transgressing all bounds of tyranny, injustice, and tyranny, Guru Gobind organized his followers and established the Khalsa Panth with the goal of religion and virtue.

Weakened and discouraged by the old customs, the people had become cowards due to centuries of political and mental slavery. People of a lower caste who were considered small by the society were made Singh by Dashmesh Pita. Thus, on April 13, 1699, at Kesgarh Sahib, Anandpur, the Tenth Guru established the Khalsa Panth and put an end to atrocities.

He adorned the people of all castes with Panj Pyare from one Amrit Patar (bowl). These five Beloveds did not belong to any one caste or place but belonged to different castes, clans, and places, who were baptized with the Khanda Bata and got the word Singh in their name. Ignorant people are not only arrogant but “Giani Ji” is also often arrogant. Be proud of those who renounce, it is not so, they too sometimes become proud of their renunciation.

The arrogant ones fall prey to the extremely subtle Hankar. The arrogance of being a Giani, Dhyani, Guru, Tyagi, or Sannyasi becomes much stronger. Guru Gobind Singh knew this. Therefore, he not only renounced his importance and handed over the Guru's throne to the Guru Granth Sahib but also forbade individual worship.

Baisakhi the harvest festival of Punjab is one of the three Hindu festivals chosen by Guru Amar Das, which is celebrated by the Sikh community. Each Sikh Vaisakhi festival commemorates the birth of the Sikh order, which began after the ninth Guru Tegh Bahadur and later under the command of the Mughal emperor Aurangzeb when he stood up for religious freedom and refused to convert to Islam. On this day, 13 April 1699, the tenth Guru Gobind Singh founded the Khalsa Panth. Sikhs celebrate this festival as a collective birthday. The martyrdom of the Guru formed the coronation of the tenth and last Guru of Sikhism and the saint-sepoy group of the Khalsa, both commenced on the Vaisakhi day.

Apart from Punjab and Haryana, Baisakhi the harvest festival is celebrated all over North India. In Assam, this festival is called Bihu, during this time it is celebrated by cutting the crop. It is also called Poila Baisakh in Bengal. Poila Baisakh is the new year for Bengalis. This festival in Kerala is called Vishu. On the day of Baisakhi, the Sun transits into Aries, hence it is also called Aries Sankranti.

Baisakhi festival is very important for Hindus. It is believed that Ganga descended on the earth thousands of years ago on this day. This is the reason why this day is bathed in religious rivers. It is considered auspicious to go to the banks of Ganga on this day and perform an aarti of Maa Ganga.