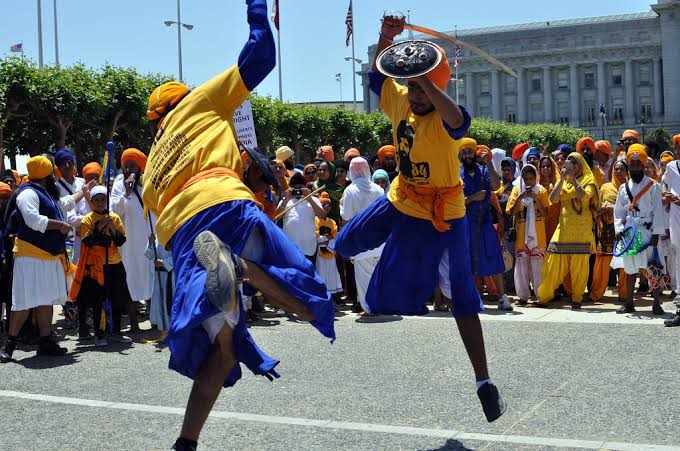 Gatka is an ancient martial art that has been thoroughly tested and has existed for thousands of years in Punjab, India. It is considered physical as well as spiritual.

Although it uses the sword as its primary weapon, many other weapons are available to the Gatka. Today, this art is especially present among Sikhs, who have been passing through the flamboyant technique from generation to generation, as their sixth guru, Guru Hargobind, wore two swords of “Miri” (cosmic, earthly) and “Piri” (spiritual, Otherworldly).

The Sikhs were responsible for the revival of this early art, despite ensuring that it survives due to the large persecution of the Mughals and other foreign invaders for hundreds of years, despite the great persecution of the native population in India.

Gatka is a complete martial system that uses spiritual, mental, and physical skills in equal parts so that a person is fully capable of protecting himself and others. This is a system that can only be used for security:

"When all other means have failed, it is appropriate to hold the sword in one hand",

Bardha: The spear is a long-lasting weapon and has a hook on the spear used to pull it away from the opponent's shield.

Chakram: Chakram is a flat steel ring, with a sharp outer edge. While not used, it is "fixed" to the turban. It is held between the thumb and index finger and is thrown with the opponent underhand flick. Thrown with sufficient force and accuracy, it can cut three inches of green bamboo at a distance of about thirty yards.

Dahl(shield): It is almost round and is about eight inches to twenty-four. Some are very flat while others are strongly conical. The opposite edges of a shield can be levelled or rolled in a vowel. It is bound by two bonds and sometimes protrudes outward for spikes.

Gurj or mace: Indian mace varies greatly in their size. Just impressed the maces with openings in the heads from the curved steel bar to the Persian that give the sound of a whistle when the head was massively jerked to blow. They have often guarded hills like Khanda

Dagger: The dagger used to pierce the cloth is a double and straight-angle flag. The handle has two sidebars to provide protection and a good grip.

Khanda: This is a typical Indian sword and has a wide, straight blade, usually wide towards the point, which is blunt. Sometimes it is also double-edged.

Kirpan: Kirpan is a small curved dagger and all Sikhs are required to carry it according to tradition.

Sticks (Soti): Soti is a wooden stick made of a warrior and made of oak.

Marathi: Training Equipment: Marathi is a bamboo stick with wooden or cloth shells at the ends. It is used primarily for training purposes, but has blades or burning clothes at its ends for attacking and distracting elephants, and for psychological warfare.

Soti: It is made from fire-hardened bamboo or rattan, which is 1m long and usually made by hand. It is mainly used for practice and "Gatka Khel", training battles. For combat, he was replaced by the Oakguard Ironwood Stick, without handguards.

Tupper: The fighting axe is very different from the normal axe and sometimes has a hidden dagger in the handle.

Swords: Swords are usually curved with a thin and sharp blade. The sword is highly respected and treated with care.

Tir Kaman: The bow and arrow are powerful weapons. The arrows are made of steel with reed shafts. The bow is composite and made of layers of wood and steel.

Chakkar: Chakkar resembles a wagon wheel with a weight at the end of each spoke. The chucker is wiped by cutting the centre and spinning around it, causing damage to anyone who comes too close to the spinning load.