Five Gurudwaras of Amritsar That Show The History of Punjab

Five Gurudwaras of Amritsar That Show The History of Punjab 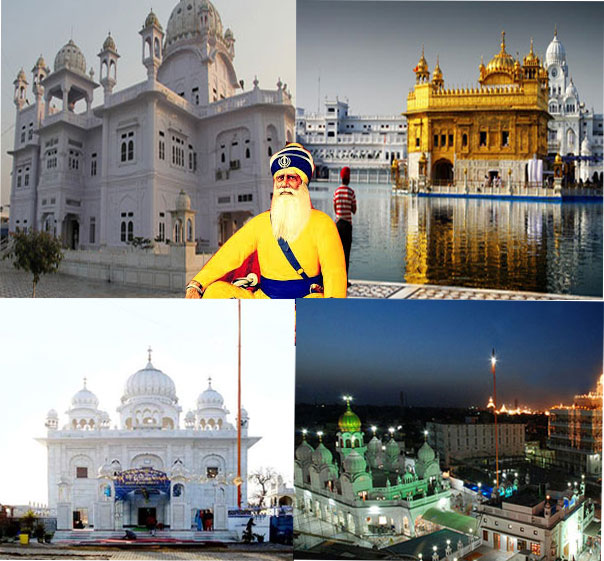 Amritsar is one of the famous Sikh religious places and is one of the holy cities of India. Amritsar, famous for the Golden Temple, is a popular tourist destination in India, attracting millions of native and foreign tourists every year.

Being an important center of religious faith, about one lakh tourists come here every day from different parts of the world. Everyone knows about the Golden Temple in Amritsar, but there are some other special Gurdwaras in Amritsar, where a large number of devotees approach with reverence.

Gurudwara Shree Pipali Sahib Ji is located 1.5 km east of the main railway station of Amritsar. The temple is named after a large peepal tree, which once used to be a place of gurudwara. This Gurudwara, built in the early 20th century, is associated with the memory of three prominent Sikh Gurus, Shree Guru Ramdas Ji, Shree Guru Arjun Dev Ji, and Shree Guru Hargobind Ji. It is considered best to visit this Gurudwara on Basant Panchami, a major festival in the region.

Gurdwara Mata Kaulan Sahib Ji, located on the southern bank of the Gurdwara Harmandir Sahib, is built in memory of Biwi Kaulan, daughter of a Kazi of Pakistan who worshipped Guru Hargobind. Like other gurudwaras, the Gurudwara is built on the banks of the sacred pond called Mata Kaulan Kaulsar Sarovar. The sixth Sikh Guru, Shree Guru Hargobind Singh Ji, instructed the devotees to bathe in Kaulsar Sarovar before entering the Golden Temple. This Gurudwara is highly respected among Sikh devotees.

The Gurudwara Baba Atal Sahib Ji is situated to the south of the Golden Temple. This gurudwara was built in memory of the young life of Baba Atal Rai, son of Shree Guru Hargobind. It is a Nine-storey octagonal tower which is 40 meters high and is considered the tallest building in Amritsar. The Shree Guru Granth Sahib is placed under the Ashtabhuja Pillar. This Gurudwara, known for its excellent architectural design, is a must during a visit to Amritsar.

Gurudwara Tarn Taran Sahib Ji is located in the Tarn Taran district of Punjab, which is located at a distance of about 22 km from the Golden Temple. This Gurudwara was built by the fifth Sikh Shree Guru Arjun Dev Ji. It is said that the lake is the largest in this Gurudwara. This Gurudwara is architecturally exquisite and its upper part is made of goldsmiths. Apart from this, its dome is lotus-shaped, on which fine gold urns are made. At the same time, there is marble lime in the interior of the Gurudwara. Its entrance is in the shape of an arch and the Gurudwara is built on a marble platform.

Just a short distance from the Golden Temple is the Gurudwara Saragarhi Sahib Ji. It is located in Saffron Bagh and is very small in size. This gurudwara was built by the British government in 1902 to pay tribute to the Sikh soldiers who were martyred in the Anglo-Afghan War. The Gurudwara was unveiled in 1902 by Sir Charles Parvez, Lieutenant Governor of Punjab. The names of those 21 martyred soldiers are engraved on the marble stone installed on the wall of the Gurudwara. Every year on 12 September, this Gurudwara hosts a religious and retired soldiers gathering.