Top cultural attractions in Amritsar in 2021

Top cultural attractions in Amritsar in 2021 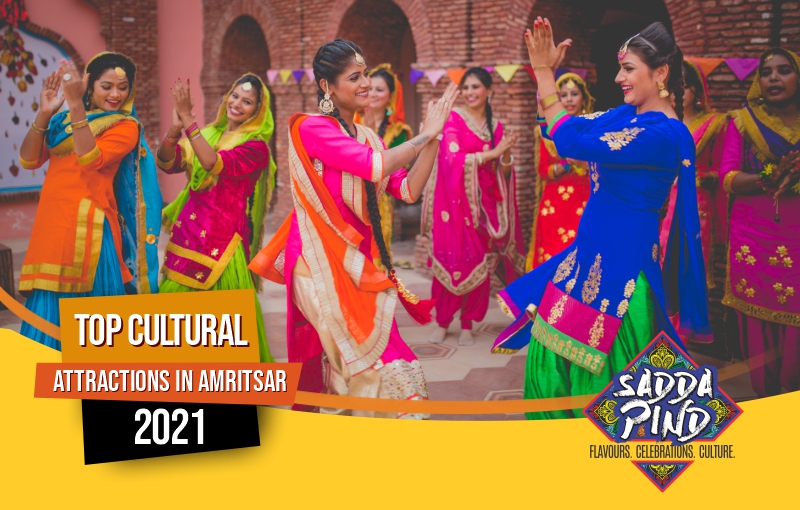 Amritsar is located in the state of Punjab, India. Amritsar has many beautiful and historical places. This place is known for its cultural attractions as well as its opulence Babaji. Due to this, the tourists are heartbroken. If you also want to know about Amritsar and its major tourist destinations, then read this article in full.

1. Culture and history of Amritsar

The beautiful city of the state of Punjab, Amritsar is the spiritual and cultural centre of Sikhism. The festival of Baisakhi celebrated in Amritsar highlights the cultures of Amritsar as well as the finest food, clothes, and more. Amritsar is more famous in Jallianwala Bagh as Golden Temple and its tragedy takes place everywhere. Facts related to the beauty and history of Amritsar attract more and more tourists.

Amritsar is full of tourist spots. Tourists from far and wide visit the state of Punjab and enjoy the sights of Amritsar. So allow us to tell you about the tourist places of Amritsar.

The Golden Temple is one of the most important and spiritual places in Amritsar and is also known as Sri Harmandir Sahib. It is one of the holiest places in Sikhism and religious zeal, culture, sanctity and divinity can be experienced at this place. The history of the Golden Temple was reconstructed in 1830 by Maharaja Ranjit Singh with marble and gold.

The marked border between India and Pakistan is 28 km from Amritsar and 22 km from Lahore, which is named the Wagah border. Bagha borders are located in Amritsar, Punjab, India. Tourists come to visit the Wagah border in the evening.

The historic Jallianwala Bagh may be a public garden located near the famous Golden Temple of Amritsar. This Jallianwala Bagh covers 5.5 acres of land and has become the story of a tragic incident in India. Thousands of children, capitalists, youths and women who had gathered at the place for the peaceful celebration of Baisakhi during British rule, were ordered to fire indiscriminately as per the orders of General Dyer. Thousands of innocent people were killed in this incident and this massacre site was inaugurated on 13 April 1961 by Dr Rajendra Prasad.

Places to visit in Amritsar are known as the residence of Guru Mahal Granth Sahib and his Gurus. Guru Mahal was established by Guru Ram Das Ji in 1573 as a small hut.

Amritsar attracts a lot of buyers for shopping and travelling. Because it will have electronic items, beautiful jewellery, books of the best quality, handicrafts and heaps of finished clothes.

Among the places to ascertain in Amritsar, Khair-ad-Din Mosque is more famous for its architecture. Khair Uddin Mosque was founded by Mohammad Khair Uddin.

The Partition Museum focuses on the stories and other facts of millions of people. Recently a town hall was opened in Amritsar and was the best cultural attraction in Amritsar.

Vivek Sahib Gurudwara attracts many tourists to Amritsar. It is situated on the banks of Vivek Sahib Sarovar and this Gurudwara was built by Maharaja Ranjit Singh. This gurudwara is known to the followers of the 6th Sikh Guru Hargovind Singh Ji.

Must see the cultural attractions of Amritsar, here is the holy and grand temple of Gurudwara Mata Kaulan. This Gurudwara is also famous by the name of Mata Kaulan in Amritsar. This gurudwara is located to the west of the historic Golden Temple of Amritsar. The memorial was named after Bibi Kaulan, a pious woman.